We are currently offering this wonderful selection of 19th century Dutch tea buckets, here at Thakeham Furnture. But what are they and what were they used for?

With tea being such a valuable commodity through the 17th to 19th centuries, no expense was spared in the making of accessories that added to the experience of consuming this sought after luxury. Tea caddies were made to store the tea, sometimes with decorative flourishes such as inlay or Tunbridgeware. Teapoys were grander affairs, standing on legs. Both caddies and teapoys would come fitted with canisters for storing the tea, a mixing bowl, and most importantly a lock and key, to be kept safe from light fingers! Alongside storage boxes, there were also special tea tables, and of course cups, pots, strainers, milk jugs etc.

One further accessory, that made an appearance during the 19th century in the Netherlands, was the tea bucket or ‘teestoof’. These particularly fine examples, constructed from coopered Cherrywood with ebonised banding, were used for keeping tea kettles warm. Originally with half height brass liners, smouldering charcoals were placed in the lower section, with the kettle placed in the liner. 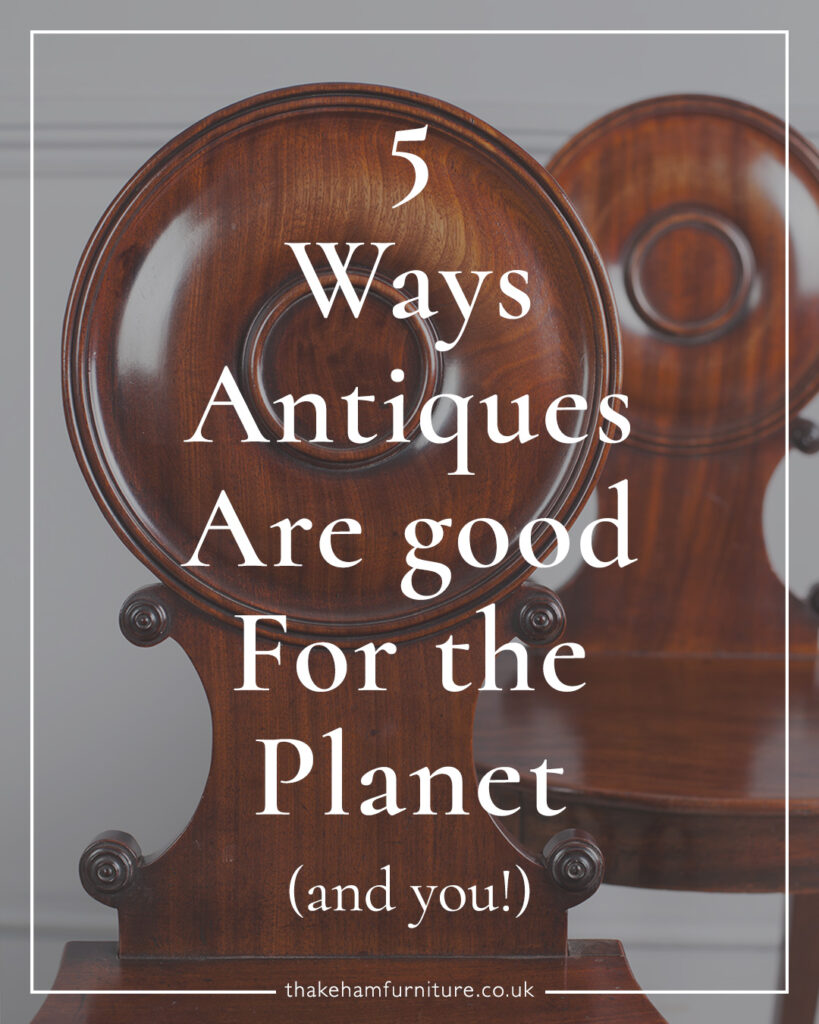 5 Ways That Antiques Are Good for the Planet (and you!)