Portrait of a Young Man 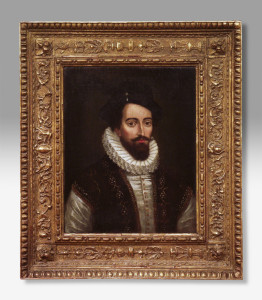 Amongst new stock this month is this exquisite French painting of a young man in 16th century dress. Oil on canvas, circa 1750, in a later, 19th century giltwood frame. Formerly in the collection of the Duc de Persigny.

The label has been cut from a copy of the catalogue of a sale of the paintings and other effects, after the death of  the Duc de Persigny in 1872. The portrait is catalogued as no. 100, under Inconnus [Artist Unknown]. The catalogue is available to view online at openlibrary.org.

Jean Gilbert Victor Fialin, duc de Persigny (January 11, 1808 – January 12, 1872) was a French statesman of the Second French Empire.He was involved in the abortive Bonapartist coups at Strasbourg in 1836 and at Boulogne-sur-Mer in 1840. After the second, he was arrested and condemned to twenty years’ imprisonment in a fortress, commuted to mild detention at Versailles.

After his release, he took a prominent part in securing the election of Prince Louis-Napoleon Bonaparte (Napoleon III) to the presidency. With others he was involved in plotting the restoration of the empire, and was a devoted adherent of Napoleon III. He was appointed Minister of the Interior in January 1852.

The collection of paintings included in the sale after his death was extensive, and included works by Cuyp, Durer, Tintoretto, Gainsborough and Reynolds.

The picture is beautifully executed, in particular the detailed brushwork of the jeweled doublet and ruff; an exceptional portrait, with striking characterisation. 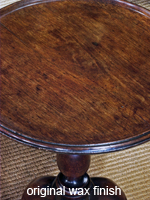 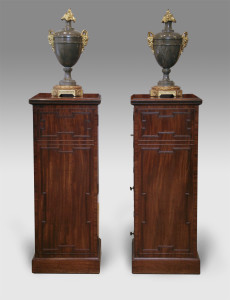