The Traditional Art of Gilding

The term ‘gilding’ covers a number of decorative t 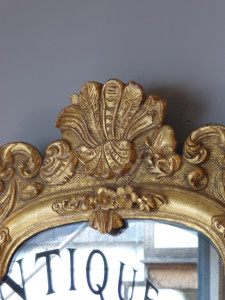 echniques for applying fine gold leaf to solid surfaces such as wood, stone, or metal to give a thin coating of gold. A gilded object is described as ‘gilt’. Where metal is gilded, it is traditionally known as ormolu, and was used for furniture mounts, mostly by the French. Parcel-gilt (partial gilt) objects are only gilded over part of their surfaces. The use of gilding dates back to Egyptian times, and has always been valued for its beauty, its highly skilled techniques and opportunity to display wealth.

Specialist tools and equipment are needed: a gilder’s cushion, tip and knife. The cushion is a small padded board covered with suede, with a screen made of 4in high parchment or brown paper attached along one end of the cushion and halfway down both sides: this prevents the gold leaf being blown off, as it will do in the slightest draught. The gilder’s tip is made of fine brush hair and is used for moving the gold leaf: the tip is rubbed against the face or hair to produce static, which is then used to lift the delicate leaf onto the cushion for cutting.

Below the gold are the layers of gesso and bole. Gesso is composed of fine plaster of Paris and animal glue size – traditionally made from rabbit skin. It is applied with a brush, like paint, layer after layer, until the correct thickness is achieved. The Armenian bole, the final layer, gives a richness to the gold: it resembles reddish clay – due to the presence of iron oxide – and is again mixed with size. The surface is burnished with an agate burnisher to an almost mirror finish. This is then wetted, to activate the size, and the gold leaf laid on top. When it is perfectly dry the excess leaf is brushed away and the surface burnished again to make the gold shine. 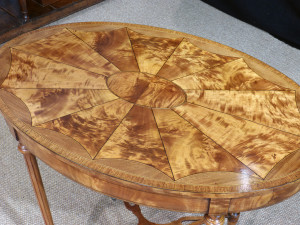 The Skills of Veneer Laying 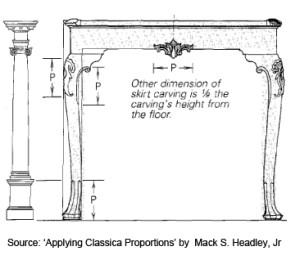 Chippendale And The Rules Of Classical Proportion.