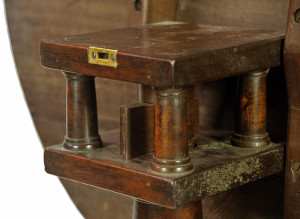 During the 18th century the tripod table became one of the most popular forms. Developed from the smaller kettle or urn stands, the tops became larger in diameter and the columns taller and sturdier. They functioned as occasional, or ‘tea’ tables, and often featured elegantly shaped legs, terminating in either a ball and claw or a pad foot.  They sometimes had a dished or ‘piecrust’ shaped top. The most common detail of the column would be a ring turning or a vase shaped stem, as in this example, dating from about 1760.

The natural shine on the hard and dense ‘Cuban’ mahogany that was used at this time is evident here, as are the sturdy, well-balanced proportions. The finer examples from this early Georgian period often featured a ‘birdcage’ mechanism, as seen here, which allows the top to revolve on the base. It comprises two squares of wood, joined at the corners with turned columns, to which the long bearers under the table top are hinged; the top revolves freely on the top of the stem which slots right through the birdcage and is secured with a wedge.

Originality is always important when buying an 18th century tripod table; if the top is original to the base, there will be no other screw holes on the undersurface, and no sign of the bearers having been moved. When there is a birdcage present you can often see the indentations of the top of the columns. There should also be rubbing marks on the bearers from the action of the table opening and closing. 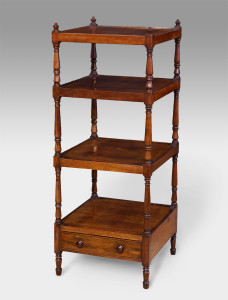 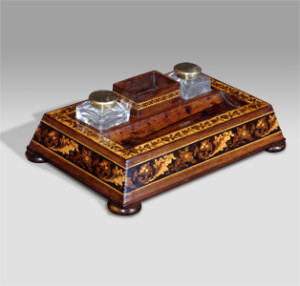