Faux bamboo first made an appearance in England in the 1750’s, however it reached the height of its popularity with The Royal Pavilion in Brighton, built in three stages from 1787 for Prince Regent (who became King George IV in 1820). Designed by John Nash, the Royal Pavillion stands as a testament to true Regency glamour. It set trends with its strong far eastern influence and Chinoiserie style. While the outside took on a “Hindoo” style with its turrets and domes, the interior was awash with Chinese wallpaper, dragons and snakes and of course bamboo furniture.

However, it soon became apparent that bamboo, which is soft and flexible, was not strong enough for larger pieces of furniture, and so alternatives were sought out. Beech, pine and maple were turned and stained to simulate real bamboo.

Briefly going out of fashion at the end of the Victorian era, when the “honest” furniture of the arts and crafts movement came to the forefront of design, the look has now made resurgence. ‘One of the most affordable and collectable furniture types of the 19th century, faux bamboo is back in the design mainstream’ describes Brian Coleman in Old House Interiors magazine. 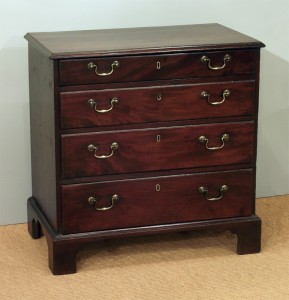 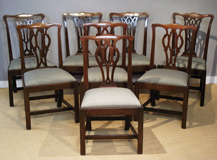 What Are Harlequin Chairs?