How do I know that the piece of furniture I am looking at is a genuine antique? Could it be a reproduction or a fake – and what are the things to look for? 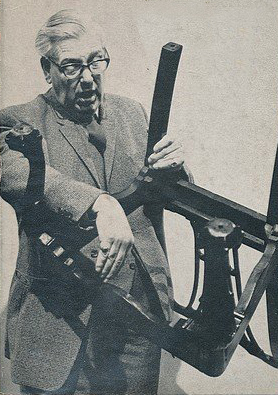 1. First, look for anything that shouldn’t be there; are the top, back or sides made of plywood? Plywood was not used in furniture making until the 1930s, so would never have been incorporated into a Georgian piece. Similarly, chipboard, staples or Phillips screws are evidence of later construction. Antique chairs were always made with mortice and tenon joints, so a Georgian chair jointed by dowels is not Georgian!

2. The next thing to do is turn the piece upside down [where possible!]. If it is a large table, such as a diner, I often advise people to take a torch to have a good look underneath. The first thing to look for is almost part of the ‘patina’ of the top: if a table has been used for two hundred years or so there will be a waxy rim around the under edge where people’s fingers have touched the table. This is near impossible to reproduce – if the underside is too clean, or there are stain brush marks, steer clear.

3. If the piece is veneered, as a general guide, the thicker the veneer the older the piece is. Veneers were handsawn until well into the 19th century, so were by necessity coarsely cut. They were glued down [always with ‘Scotch’, or animal glue] and then sanded and polished in situ. Veneers became thinner and thinner as mechanisation increased, and by the 20th century they were literally ‘paper’ thin.

4. Dates are important when looking at screws and nails. Screws as we know them were not introduced until around 1675 and were handmade well into the mid 19th century. A handmade screw has little or no taper, the slot on the head is very rarely centrally aligned and the handmade screw has a much shallower spiral than the machine made variety. Nails were square cut, with round wire nails not used until about 1900.

5. Finally, run your hand over the table top: a new top will have a new finish, and will not be smooth and silky to the touch as with original patination; the grain may be raised, or the edges oddly sharp for a piece of age. As with all areas of antique buying, this is where experience counts; but follow your instincts: a piece that simply ‘feels’ wrong often is, and gradually your eye will become tuned in.